An Adult with Autism Reflects on Her Love of Museums

Allison Shefcyk is a research assistant at the University of Connecticut's AJ Pappanikou Center and a person with Autism. She holds a BA in history from Mount Holyoke College and has done archaeological fieldwork in Jamestown, Virginia. 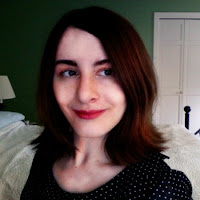 I cannot say for certain when my love affair of museums began. Was it the time that the animatronic dinosaurs came to the local children’s museum? Or was it the ancient Egyptian room in the back of the Yale Peabody, with a mummy sarcophagus on display? Either way, I was hooked from the beginning. Museums were a natural fit for a child with Autism who was socially awkward and usually started off conversations with openers such as ‘Who is your favorite Mayan king?’.

I’ll be the first to admit that the museum is not the first thought that most parents of children with Autism probably have when it comes to finding outlets and resources. Most of what is out there is either associated with more traditional social contexts (schools, peer groups) or entertainment venues (movie theaters, live theater).  Yet, public education for individuals with Autism in terms of a museum context is rarely addressed at all.
For me, it is truly a shame, as museums have been incredibly important resources for me as both a child and an adult. It was tough for me to form friendships growing up, because conversations were very tough for me to follow and initiate. To this day, I still marvel at children’s conversations amongst themselves and adults, because my experience of the world was so different from theirs. However, the museum served as a welcome refuge in which I could engage with other children in the history summer camp, or see a hieroglyph-covered object similar to ones I had seen in a book about Ancient Egypt.
As I grew older, I began to notice discrepancies in the way my peers with disabilities and other children were viewed. I noticed that we were placed further and further away from mainstream classrooms and had fewer chances to interact with the rest of the class. Although I managed to get out of special education classrooms by the seventh grade, I still felt that I was not considered equal with my neurotypical peers.
We still did museum trips, with those to the Metropolitan Museum of Art being my particular favorite. For just one day, it did not matter that I was not considered a full peer in my age group, or that not all of my teachers could see anything past the label of Autism. At the Met, everyone got the same lesson, enjoyed the same exhibits and did so together. I felt like I could be valued as a whole student and human being within the halls of the museum.
To this day, I still value museums highly as a personal educational tool and recreational point. However, for me, they have taken on a new social role as well. After doing archaeological fieldwork in the southern United States, I now volunteer in the educational department of the Harvard Peabody Museum of Archaeology.
At our last family event, one of my activities was to teach a hopscotch game to visitors. At first, I was nervous. Sure, children are absolutely adorable, but what if I had problems interacting with them because I had difficulties grasping their point of view? I watched the museum educator model the activity for a while before I was given full rein of the game. Children of all ages, from toddlers to teens, streamed in constantly. As I explained the rules and invited them to play, I initially took the role of an observer. Then, I noticed as they were having fun, they began to get creative. They added new rules and challenged their friends to increasingly challenging hopscotch tournaments. I found myself encouraging the kids, cheering them on and engaging them.
One little girl, perhaps 7 or 8, approached me after playing. She explained that recess was not fun for her, because a number of girls had secret games of hopscotch in which only their immediate friends knew the rules. Her father explained to me that these girls were popular girls that dominated the school social scene. Getting down to the girl’s level, I offered some advice: “You can take this game to school with you, and teach them something new.”
The museum environment of the 21st should not be taken as an exclusionary environment. Rather, I believe it has the full potential of being a fully inclusive educational environment in which anyone can participate. You don’t have to be of a specific background to enter a museum’s doors: the only requirement is a desire to learn from the scientific and cultural wonders that the world has to offer. 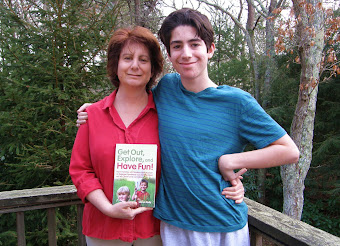